Traditional drug discovery is time-consuming, with lead times of up to 48 months to discover new molecular leads. Fujitsu wanted to accelerate this process by harnessing the power of quantum-inspired computing and recognized it needed to collaborate with an industry expert. With Polarisqb, it combined Fujitsu’s Digital Annealer with Polarisqb‘s quantum mechanics and molecular mechanics (QM/MM) simulations to expand the size of the searchable chemical space.

Our expertise in chemistry and machine-learning, combined with Fujitsu’s technology and experience, means we can identify viable molecules quickly. Polarisqb is a Research Triangle Park-based start-up which aims to transform global health through the rapid creation of drug blueprints for all human proteins, disease pathways, genetic mutations, and pathogens. The company combines the powers of quantum computing, AI, and precision medicine to research chemical space in order to create novel molecular drugs for specific proteins and diseases.

Unlocking the secrets of viruses

As has become painfully clear during the COVID-19 pandemic, the development of new drugs is not only hugely expensive, it is also extremely time-consuming. This combination creates a high level of business risk if new drugs fail to get market approval from government health agencies. If both the speed and accuracy could be improved simultaneously, the ability to develop new medicine more rapidly to combat new viral pandemics would soar.

Disease-causing pathogens often contain specific proteins that are responsible for spreading the infection; blocking these proteins is the key to stopping the disease. Early stages of the drug discovery process involve the identification of small molecules which can block these proteins by binding to them.

However, there is an almost infinite number of molecules to assess, and only a small number of these molecules will bind with the protein - finding the right one is like looking for a single star in a whole galaxy. Current library searching solutions are only capable of reviewing up to a few tens of millions of molecules and the existing process takes at least two years.

“The traditional approach involves screening thousands of candidate molecules to identify which might be suitable for testing, whereas we can screen trillions in a smaller timeframe by adopting new technologies, such as chemistry and machine-learning algorithms as well as quantum-inspired computing,” explains Shahar Keinan, CEO & Founder of Polarisqb.“However, full quantum computing is not mature enough at this point, so we needed to find partners with the right capability, which brought us to Fujitsu through the introduction from the healthcare team at Sia Partners.”

Fujitsu had engaged Sia Partners to find suitable partners to leverage its quantum-inspired Digital Annealer. Polarisqb represented a perfect example of a start-up that offered complementary skills and technology, enabling each partner to collaborate in an agile and efficient way.

“Like some of the more agile corporates, Fujitsu is shifting from the assumption that it needs to build everything in-house,” says Matthieu Vallin, Senior Manager at Sia Partners. “We advised Fujitsu to enter the market with the right partners, moving away from the idea of owning the whole proposition. Partnering with a start-up would be a much quicker way into a new market than starting from scratch in-house.”

As the first pilot for the new drug discovery platform, Polarisqb and Fujitsu focused on dengue fever, which infects up to 100 million people, causing 22,000 deaths every year; more recently, the technology is being applied to COVID-19. A process that historically would have taken years, the Fujitsu and Polarisqb solution now reviews trillions of molecules over a matter of days, reducing the time taken to reach the first stages of drug development from upwards of 24 months to just eight.

“By taking an open innovation approach with Polarisqb we’ve been able to disrupt the drug discovery market, and build a sustainable partnership based on trust,” says Patrick Stephenson, Director of Innovation & Healthcare, Fujitsu. “What kept the partnership on track was the strong rapport and shared purpose between Fujitsu and Polarisqb – with daily virtual meetings keeping both organizations aligned on delivering the project outcomes.”

“Our expertise in chemistry and machine-learning, combined with Fujitsu’s technology and experience in solving business challenges, means we can effectively fast-forward the research process and identify viable molecules much more quickly,” explains Keinan.

Fujitsu’s quantum-inspired Digital Annealer is at the heart of the drug discovery platform, which uses a digital circuit design inspired by quantum phenomena to solve complex combinatorial optimization problems. It is up to 10,000 times faster than any other currently available alternatives, without the added complications and costs typically associated with quantum computing methods.

The platform identifies viable molecules from a targeted, large, and diverse virtual library of several trillion molecules and assesses their quality. Leads are evaluated using the structural information of the pharmaceutical target and a set of physicochemical constraints. The output is then refined and ranked with Polarisqb machine-learning algorithms for physicochemical properties, and QM/MM simulations for binding affinities. Within seven weeks the platform produces a final short list of high-quality molecules, prioritized for synthesis and in vitro testing.

“Our collaboration with Fujitsu demonstrates how next generation technologies can transform critical sciences such as medicine, boosting our potential to eliminate disease,” concludes Keinan. “We are confident that this agile approach will transform how we treat disease and lead to the eradication of common, deadly viruses such as dengue fever. Together, we can make a genuine positive human impact and contribute to a healthier society.” 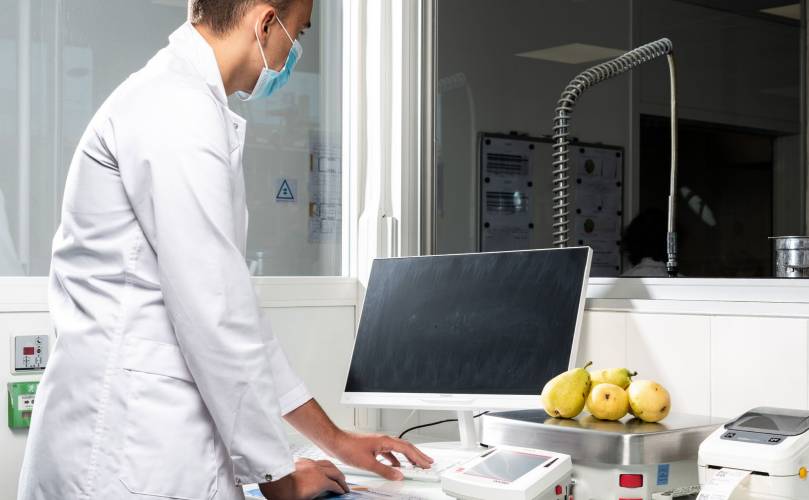